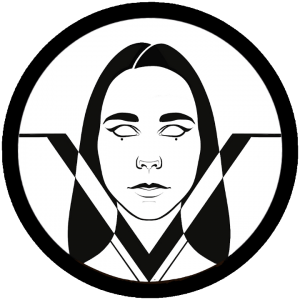 Katie began working on skin as a film student at New York University’s Tisch School of the Arts where she was one of only a handful of students who specialized in SFX makeup. She self-taught illustration while living in Tokyo and apprenticed under Brucius Von Xylander when she moved back to her birthplace, San Francisco. As full-time blackwork and grey shading artist, Katie has tattooed out of Black & Blue Tattoo and Just Another Another Hole In The Wall in South Carolina. Though she favors geometric, ornamental, and blackout style pieces that flow with the body, she also prides herself in her ability to incorporate elements of realism and illustrative styles. Katie currently tattoos under the brand name “VOID” at O Tattoo in Oakland, California.